Welcome to Day TWO of Technique Tuesday’s November Release Countdown! Today I get to share this VERY cool die!

I am sharing a card I made withe the soon to be released Sweater Weather Crafting Die. I am looking forward to using this die on all the things this winter! 🙂 This great sentiment is from the new Hello Winter Stamp Set. (*Links will work when the new products are released tomorrow, November 1st)

I die cut this die four times on this card panel and then popped out one row to make them red vs. white. I adhered everything down well, and then attached it all on an aqua note card. A favorite color combo for Winter. ❤  This card is so cozy!

Be sure to check out the NEW products from Technique Tuesday HERE! (The new products shown above will be available via the link tomorrow, November 1st! 🙂

And be sure to follow the new release over at the Technique Tuesday Blog HERE! There you can hop to all the posts from the Design Team! 🙂

I’ll catch you back here again tomorrow for RELEASE DAY and another card!

Thanks for stopping by! Jill 🙂

Hooray for a Holiday weekend here in the US! I hope you have some fantastic plans for the long weekend! ❤

I’m popping in to share this Paper Smooches card today. I thought this would be fitting to send this weekend, with its patriotic color scheme! I sooooo enjoyed making this card. I completely enjoy inlaying all those pieces, and then making it all work, like a puzzle.

I die cut everything and then had to die cut the die cut for the Postage frame…. put it all together, added some stitching and scoring and finished! 🙂

Hop over and check out the Paper Smooches Blog for lots of inspiration and the current challenge!! It’s always fun to join in that and there is a fabulous PRIZE! Big fun! 🙂
Happy weekend to all– never-ending gratitude to the men and women that served our country ❤ .
Jill

I arrived home late from a school meeting last night, but still wanted to make something. Our household has been under the weather, and I was behind on creating anything! Ahhh! 🙂

I was itching to inlay something, and of course, the strips of card stock is always a fave of mine to do!

I wasn’t sure how it would look with the strips on an angle, but I like it! It’s getting mailed today!

I rotated the sketch, so the HUGS is the big rectangle, and the nod to the then vertical piece, is my stitching. I couldn’t decide what to do for that element, but I think the stitching turned out fun, albeit a little off from where I intended. Ha! I held my breath as I started stitching, and as I did that little piece at the bottom. I wanted them aligned, and I wasn’t sure where my needle left off! Oh silliness 🙂

Supplies from My Favorite Things!

Anywho, there you have it! Thanks for stopping by!

I think I would like Happysauce on everything! 🙂 And it starts with another Technique Tuesday Thursday! Be sure to hop over to the TT blog for this week’s scoop!

First up, these cutie little Bird Friends! I just adore these little stamps and I thought I would just go ahead and stack up the cuteness! This was actually a panel I colored up for Day ONE of Kathy Racoosin’s most recent, The Daily Marker 30 Day Color Challenge. I finished it off with some blending and boom: Happysauce 😉

Next up, I did one of my all time favorite things…strips of paper and die cut inlay. I just think it creates such a fun POW with very simple supplies (and scraps! FTW!). 🙂

Well, that wraps another fabulously fun Technique Tuesday Thursday for me. I enjoyed my weeks over at TT this past month or so, and I Thank Teri and everyone at TT for having me along! Such a pleasure to make fun stuff with their fun stuff! 🙂 You can check out the  Technique Tuesday blog today.

Also, in case you missed any, you can find my previous TT posts: HERE, HERE, and HERE and HERE!

Thanks for stopping by & a huge shout out to thank Teri for being just plain awesome. xo

I am so happy Top Dog Dies invited me back to Guest Design some projects for their October release! I enjoyed it so much, I made FIVE projects. You’ll want to hop over to their blog and read my full post there to learn more about each of these projects! 🙂

The first project I made using the Spiders Die Set.

Next up is a project I made using Ghost Die set. Smiling Ghosts: Yes, Please. Super cute.

I love the little pierced holes outlining them.

The next projects I made are these drink straws. I am a total *sucker* for paper straws. 😉

Moving right along to a caffeine fix, ha ha! This next card is one of my favorites. I used the previously released Coffee Cup and Finishers die set, along with the Ghost and Spiders die sets. Ahhh, I die. *wink wink*

And last, but certainly not least… I leave you with one last card today, drawing attention to Breast Cancer Awareness Month. I am a firm believer in educating oneself on the topic, and October is a fine month to make it a priority. I made this card to remind everyone:

The die from the Ghost set says Boo, but I got to thinking about adding another B and S. Boom. Love Yo’ Boobs! 😉

Once again, I used the Coffee Cup and Finishers set, along with the new Borders #2 die set. I also had to blend on some ink to the lid. 😉

I want to send a very big Thank You out to Top Dog Dies for having me back to Guest Design this month. I enjoy their fun dies in a BIG WAY and I’m grateful they asked me to give them a spin this month! Halloween FUN!!

Thank YOU for popping by today! Be sure to hop over to Top Dog Die’s Blog to read my full post there! 🙂

It’s no secret, I LOVE to die cut. Love it! I actually haven’t owned a die cut machine that long, but I can’t remember living without it. Haaaa! Soooooo I was quite excited when Top Dog Dies asked me to be a Guest Designer for their latest release. AND get this: Coffee!!! Hello!! I’m certainly the big winner on this deal. 🙂

Head on over to see my projects there, on the Top Dog Dies blog TODAY! 🙂

Here are the projects I made:

They were so generous and sent me these two sets to work with: Coffee Cup & Finishers Die Set and the Circle Die Set. Very very cool. That Coffee Cup die can cut through several sheets of card stock at once. Which makes me really want to make a card set and gift it to a fellow java lover. 🙂 Shaped cards are SO fun! The Circle Die set works perfectly with the Coffee Cup, or on its own, as you can see on my card above. I love basic sets that have fun little details. They are always my go-to sets because of their versatility.

Here’s some detail shots: Those hearts! 🙂

Be sure to hop over to the Top Dog Dies blog today and check it all out! I’m off to grab another cup of coffee! All this coffee talk… 😉

Thanks for joining me today and big THANKS to Top Dog Dies for having me! Fabulous dies o’plenty! Ahhhh! Don’t say I didn’t warn you! 🙂

TODAY is the start of the first Color Challenge (lucky #13) on My Favorite Things Challenge & Inspiration blog!! Colors–ooooo la la!

Check it out over there today & get in the know! Then get those wheels turning and join the fun 🙂 Here’s a peek: (hint: These colors make you think *spunky*!) 🙂

I can’t wait to check all the different MFT cards there as well! There really is something for everyone to enjoy! MFT CT&I is the definition of spunk! 😉

Bo-nus card! Bo-nus Card! Ok, here it is 😉
…I die cut the words out to inlay, but then just added layers back in…I like them this way better. May give this card on February 14th…they don’t all have to be pink & red right? 🙂

Thanks for stoppin’ by 🙂 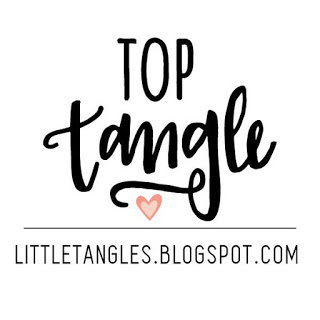 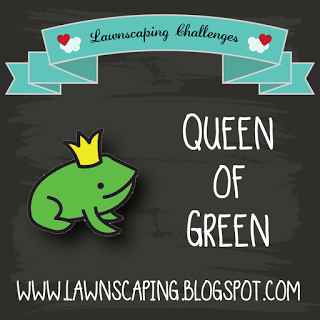 Stamping the Daisies for Days background ONCE and getting FOUR projects from that panel: 🙌🏼! 💗 little bonus wins! This background is the May gift w/ qualifying purchases @tayloredexpressions 🌼—Don’t miss it!
🇺🇸 Happy 4th of July! 🇺🇸 Shaking it up with the new bits, Foil It and the previously released Fireworks! So festive! @tayloredexpressions
It feels like it’s officially time to kick off summer and @tayloredexpressions is in high gear with the NEW Stars & Stripes Release today! This is made with the new die *Mix & Match-Stars & Stripes* —go figure! 😁 Feels like summer now ☀️🇺🇸!
Daisies for Days! 💛
Not sure what you’ve been up to, but @tayloredexpressions has been busy whipping up some new colors! 7 of them! I used some new and old together here on this 🍄 card. ☺️ Check out the TE blog for bundle options to add to your color library!
✨📰✨HOT News—Beep beep! ✨📰✨

fastestturtle.wordpress.com
All artwork, text & photos copyright of Jill Dewey Hawkins.
Please feel free to link here, but kindly be fair and do not reproduce without permission. Thank you!
fastestturtlemail at gmail.com
Loading Comments...